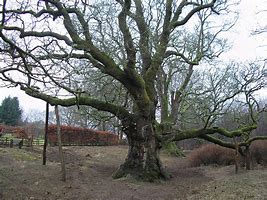 Why are so many trees native to Scotland? Isn’t it just a matter of natural selection – the smaller, less-branched species are less likely to be eaten by wolves and bears or snared by windmills?

Yes, there is some truth in that. But there is also some truth in trees’ ability to cling to Scotland’s hillsides and mountainsides for centuries as the landscape has changed around them.

They are also crucial in our own history. What does this mean for us?

The first forests were started over many years by the indigenous tribes in what is now England. They relied on the growth of the natural timber they found but did it in a much different way to trees in Scotland. They cut down the trees to clear land and then cleared the cut-down forestland for other purposes, before leaving the old and living trees to grow back again.

Over many centuries, the young trees gathered in large numbers, forming in what is now known as woods. So long as the trees had seeds, they could produce new trees by cutting down others to grow again.

Then, in the early 17th century, the British East India Company discovered the country had plenty of wood, but they were too small a resource to ship out to their colonies. And with no land left for forests to grow on, wood was a valuable commodity and they needed to grow it.

So they cut down forests to allow more space to grow, and even that wasn’t enough. They knew they could profit from this demand for wood and used it to build forts and other defenses, along with raising cattle and sheep.

In time, magnificent forests sprang up, the most famous being those at Canterbury, Glasgow, Knock, and Woodville. The builders of these castles saw themselves as being part of a great historical tradition and built them with each successive generation to add to their own treasure of knowledge about how to construct castles.

These then grew further over time, not only surviving for hundreds of years but also becoming homes to many people over the years, drawing people from across the world. This allowed the area to develop as a town and then an international city.

These are just three examples of the trees, which continue to grow and flourish throughout history, inspiring more than their share of the art forms which are fashionable today. Today, most of Scotland’s trees are still there, bringing beauty and color to our landscapes.

Just as the people of Scotland have been responsible for the rise of a number of other tree species, so have the native trees. The majority, however, has become a kind of national treasure, we are grateful for their presence and often take pride in knowing that they keep alive the traditions of our heritage.